Suzhou, China was adopted as a Twin City by Victoria City Council on July 17, 1980. 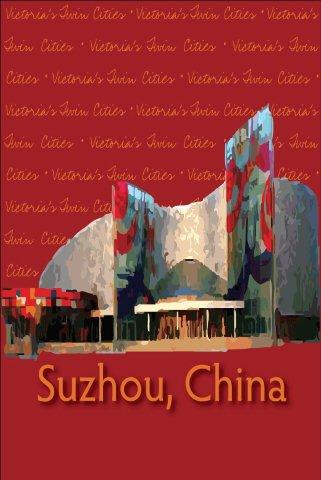 Chinese often call Suzhou a "Paradise on Earth" as well as the "Land of Fish and Rice". Located in the fertile lands of the lower Yangtze Valley, it is indeed a bountiful land, yielding rich harvests on the land and from fresh water aquaculture.
Throughout its long and colourful 2500 year history, our twin city has maintained a reputation as a centre of education and culture. Recently it has become one of China's economic marvels with a dynamic economy based on electronics, technology, textiles and tourism.

The picturesque heart of Suzhou, typified by a series of ancient canals and bridges also contains a number of renowned classical Chinese gardens - evocative relics of a glorious past. The spectacular building boom resulting from the economic growth is directed in the areas outside the city core which preserves the ancient heritage of "Old Suzhou".

With many gardens scattered throughout the city, Suzhou is known as the “City of Gardens”, nine of which have been recognized as UNESCO World Culture Heritage Sites. These gardens, built centuries ago as private residences, are now public parks that attract tourists from around the world.

Lattice windows of various shapes are a key design element. The meandering walkways are decorated with beautiful patterns formed by pebbles. The everted roof of pavilions evokes a soaring bird. The interiors are usually decorated with paintings and porcelains.

Seeking to recreate natural landscapes in miniature spaces, these gardens lend insight into how ancient Chinese intellectuals harmonized conceptions of aestheticism in a culture of reclusion within an urban living environment. Suzhou’s gardens tactfully employ hills, running streams and silvery moonlight to create structural gradation and varied visual effects, reflecting the unity of humankind and nature.