Congratulations to the winners of the 2022 Victoria Book Prizes!

The $5,000 City of Victoria Butler Book Prize has been awarded to Esi Edugyan for Out of the Sun: On Race and Storytelling (House of Anansi Press). Now in its 19th year, this prize is awarded to a Greater Victoria author for the best book published in the categories of fiction, non-fiction or poetry.

Out of the Sun: On Race and Storytelling, is an insightful exploration and moving meditation on identity, art and belonging from one of the most celebrated writers of the last decade. Out of the Sun offers new perspectives to challenge us, examining Black histories in art through the lens of visual art, literature, film and the author’s lived experience. In this groundbreaking, reflective and erudite book, Esi Edugyan illuminates the myriad varieties of Black experience in global culture and history.

A graduate of Johns Hopkins University and the University of Victoria, Esi Edugyan is also the author of Half-Blood Blues, Dreaming of Elsewhere and Washington Black, which won the 2018 Scotiabank Giller Prize and was shortlisted for the Rogers Writers’ Trust and Man Booker Prizes. She has held fellowships in the US, Scotland, Iceland, Germany, Hungary, Finland, Spain and Belgium. 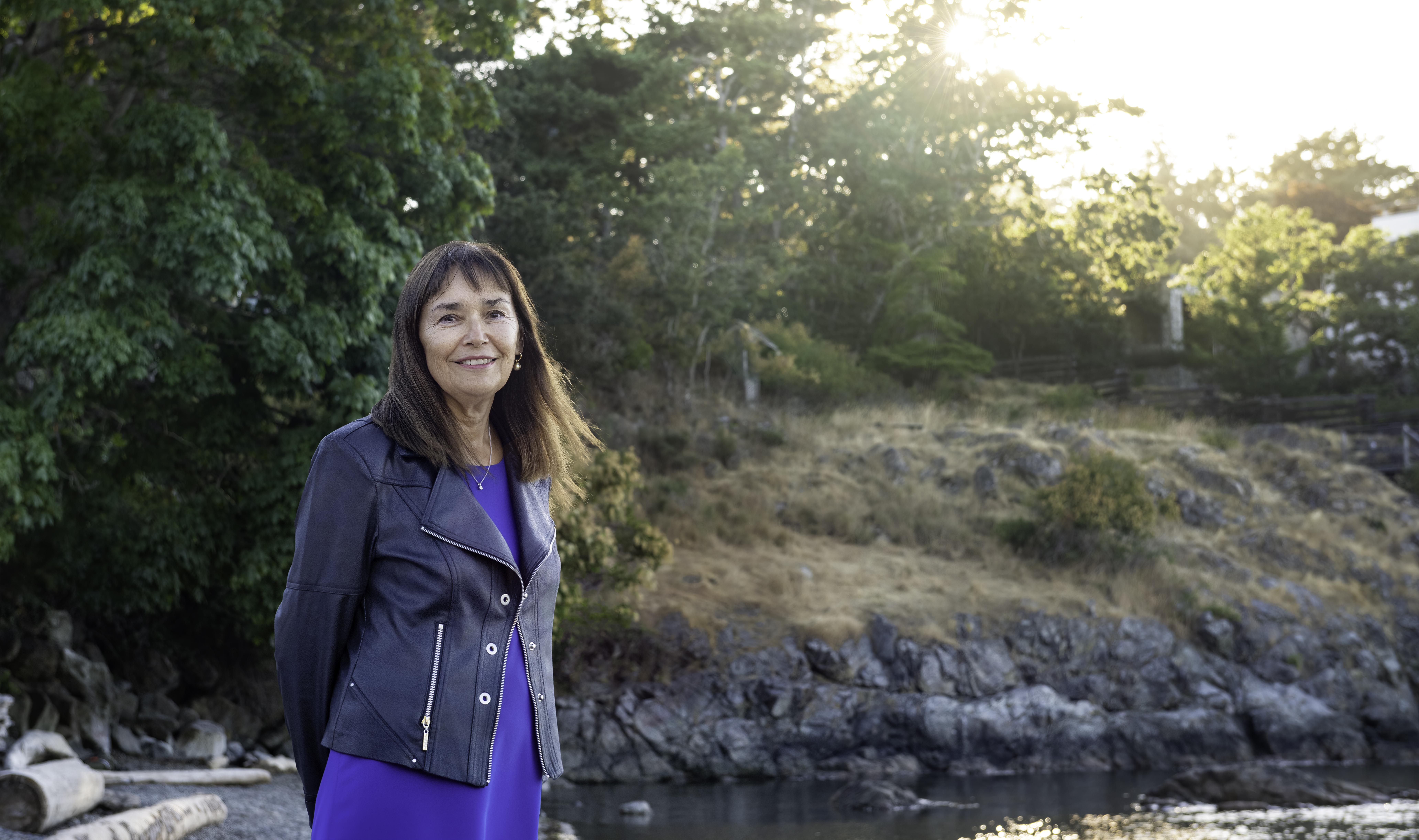 The $5,000 City of Victoria Children’s Book Prize has been awarded to Wendy Proverbs for Aggie and Mudgy: The Journey of Two Kaska Dena Children (Heritage House). Now in its 15th year, this prize is awarded to a Greater Victoria author or illustrator for the best children’s book.

Aggie and Mudgy is based on the true story of the author’s biological mother and aunt. This novel for young readers traces the long and frightening journey of two Kaska Dena sisters as they are taken from their home to attend residential school. When Maddy discovers an old photograph of two little girls in her grandmother’s belongings, she wants to know who they are. Nan reluctantly agrees to tell her the story, though she is unsure if Maddy is ready to hear it. The girls in the photo, Aggie and Mudgy, were taken from their families at a young age to attend residential school, where they endured years of isolation and abuse.

Wendy Proverbs is an emerging Indigenous author of Kaska Dena descent. She holds a BA and MA in anthropology from the University of Victoria. Like thousands of Indigenous people across Canada, as an infant she was caught in the sweeping scoop of Indigenous children taken from their birth families and was only reunited with biological family members as a young adult. She has acted as a community liaison with Indigenous communities and strives to help younger generations, both Indigenous and non-Indigenous, learn more about their past. Aggie and Mudgy is her debut novel.

The winners were announced at an in-person gala emceed by CBC's Kathryn Marlow on Wednesday, October 12, at 7:30 p.m.

The finalists were selected by an independent jury, comprised of representatives from the local literary arts community, from among books published between April 2021 and March 2022.

The Victoria Book Prize Society establishes policy and criteria for the prizes, administers the competition and appoints the juries.

To learn more about the Victoria Book Prize winners and finalists www.victoriabookprizes.ca.

Previous winners include:
Briony Penn (with the late Cecil Paul), Following the Good River, The Life and Times of Wa’xaid, 2021
Lorna Crozier, The House the Spirit Builds, 2020
Kathy Page, Dear Evelyn, 2019
Bill Gaston, A Mariner's Guide to Self Sabotage, 2018
Yasuko Thanh, Mysterious Fragrance of the Yellow Mountains, 2017
Pauline Holdstock, The Hunter and the Wild Girl, 2016
Julie Paul, The Pull of the Moon, 2015
M.A.C.(Marion) Farrant, The World Afloat, 2014
Stephen Reid, A Crowbar in the Buddhist Garden, 2013
Madeline Sonik, Afflictions & Departures in 2012
Jack Hodgins, The Master of Happy Endings in 2011
Frances Backhouse, Children of the Klondike in 2010
Patrick Lane, Red Dog, Red Dog in 2009
Arleen Paré, Paper Trail in 2008
Bill Gaston, Gargoyles in 2007
Mark Zuehlke, Holding Juno in 2006
Terrence Young, After Goodlake's in 2005
Kevin Patterson, Country of Cold in 2004