The City of Victoria was the first municipality in Canada to have a Youth Poet Laureate.

James Summer was Victoria's ninth Youth Poet Laureate, and began writing poetry in his junior year of high school when he joined Vic High School’s slam poetry club, and became president of the club in his senior year.  James views poetry as a medium that can express growth, pain and love through self-expression in a safe space. Poetry has helped him cope with feelings of loneliness and memories of a bittersweet childhood, and in his role as Youth Poet Laureate, aimed to bring awareness about the topic of being transgender and to have important conversations about stigma and labels.

During his term as the Youth Poet Laureate, James participated in the Victorious Voices Festival and organized and hosted Masked Poets, an open mic event for emerging youth poets. He also collaborated with the City’s  Artist-In-Residence Kathryn Calder for her Be Calm project, featured in poetry interviews, workshops and podcasts with local organizations and presented poetry to council, as an ambassador for the youth poetry community.

Neko Smart is a graduate of Victoria High School, and the founder and former captain turned coach of the Vic High Slam Poetry Team. Neko’s passion for performance was developed through her local theatre community. She realized the importance of self expression through the arts and the significance of embracing her quirky, if not neurotic and intense, character. She encourages vulnerability in writing as a way of healing through written word.

Neko uses poetry as a creative expression that allows her to process the world through the lens of her anxiety disorder. During her term as Youth Poet Laureate, her goal was to emphasize the importance of cultivating open dialogue about mental heath in order to reduce stigma and increase safety, particularly in youth.

Aziza was appointed by City Council on January 10, 2019. Aziza is a slam poet and an honours graduate from Reynolds Secondary School.  As the daughter of a Somali refugee and a seventh-generation Canadian, Sealey-Qaylow is deeply connected to her culture and writes about the adventures of being in a mixed family, as well as to help negotiate the joy and clashes found in the daily mix of cultures, ethnicities, religions, languages and nationalities.

An active volunteer within various parts of the community, Aziza has travelled to many European and African countries, and likes to view the world with an open mind.

"I'm really happy to have this opportunity. I love to learn from everyone I meet and collaborate with open minds."

Agartu Ali was 16 years old and in Grade 11 at Victoria High School when she was appointed as Victoria's 2018 Youth Poet Laureate at the January 25, 2018 Council meeting. For as long as she could remember, poetry had moved her emotionally and motivated her to be an advocate for change in her community, where she uses poetry as a vehicle to connect with other people.

When she started her term, Ali was not yet a well-known face in the larger poetry scene, but she believed that her anonymity gave her an approachability that she was able to utilize as Youth Poet Laureate. During her term she performed at the Integrate Arts Festival, Earth Day, various poetry month events, helped lead a virtual reality workshop for teens, and organized a sold-out poetry event called "Poems of Colour," highlighting local poets and artists of colour in partnership with the Art Gallery of Greater Victoria. 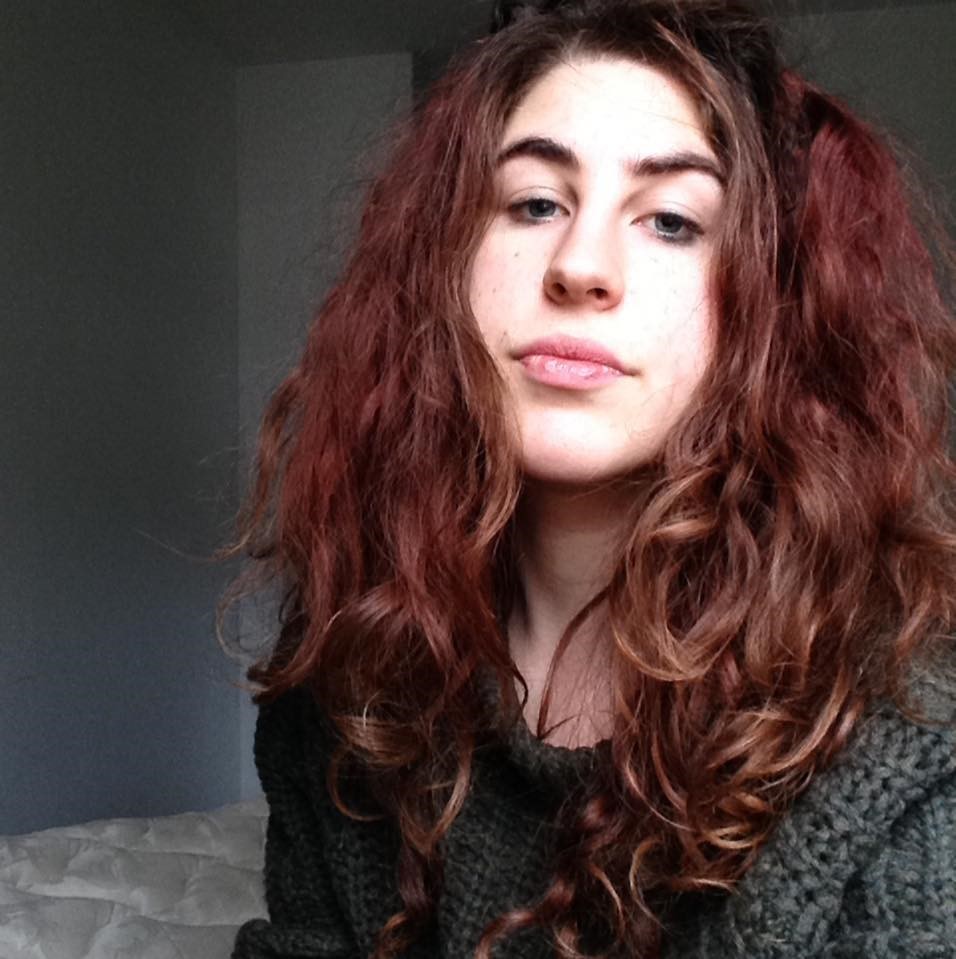 In January 2017, Maita Cienska was appointed Victoria's fifth Youth Poet Laureate. A 19-year -old Vancouver Island poet, Cienska had composed poems as a form of expression since middle school. During the years prior to her appointment, Cienska had been on a self-journey to explore her independence and immerse herself in creativity. During that time, she released the album Fumble, won two Slams, tied for Slam Champion of 2015, served as a judge at Victorious Voices in 2016, and performed at a range of local events including (Poetry) Slam by the Sea and the Victoria Writer Society’s literary series Water Feature Night.

As Victoria's 2017 Youth Poet Laureate, Cienska's vision was to break poetry into new spaces with youth who may not have been exposed to this boisterous art form. During her residency, she had the opportunity to teach at St. Michael's University School, facilitated a workshop at the Greater Victoria Public Library, read poetry at the National Arts Centre in Ottawa, and organized a public panel discussion to look into what it means to express oneself as a women in the arts.

K.P DENNIS (the artist formerly known as Ann-Bernice Thomas) is a black, non-binary, multi-disciplinary artist, producer, director, and activist. They were the 2016 Youth Poet Laureate of Victoria and are currently the artistic director of COLORQODED, QTI2POC arts collective. In 2017 they were the recipient of the VACCS Community Recognition Award and just finished a cross Canada tour with their critically acclaimed shows, Monica vs the Internet & LUBDUB.

In February 2020 they released a chapbook entitled Growing Pains, available for purchase on their Instagram @wild.womxn, and are currently working on their new play, The Cowboy Church & the Arena of Life, in residency with the Belfry Theatre.

In 2015, Zoé Duhaime was announced as Victoria's third Youth Poet Laureate. Duhaime is a spoken word artist and page poet. A former member of three local slam teams, she competed in Victorious Voices from 2010 - 2012 and in Hullabaloo in 2011 and 2012, as well as the Victoria High School Slam Championship in 2010 and 2011.

One of the highlights as Youth Poet Laureate was being an invited guest to the Governor General’s Literary Awards in Ottawa. During her one-year term, Duhaime was in second year at the University of Victoria studying Religious and Women’s Studies, topics that were reflected in her work and art. She loves to discuss youth in poetry, gender in art (and art in gender), and forgiveness versus mercy.

The Rabbit Writes is Zoé Duhaime's personal blog. Duhaime used her blog to showcase the poetry of local youth, and accepted questions and submissions from youth in the community.

In January 2014, the City of Victoria Youth Council selected Morgan Purvis as Victoria's second Youth Poet Laureate. She served as an ambassador for youth in Victoria, performing at City Council and City of Victoria Youth Council meetings, and completing a project of her choice to engage her peers through poetry. Purvis participated with then Poet Laureate Janet Rogers in theLitARTcity event in in April 2014 to celebrate National Poetry Month. Proceeds supported the Victoria READ Society.

An active volunteer with the Victoria Poetry Project, Morgan represented Victoria at the Canadian Festival of Spoken Word in Montreal. Jeremy Loveday, a prominent Victoria-based performance poet, served as Morgan Purvis' mentor for the one-year term. Loveday first worked with Morgan through workshops and performances at Esquimalt High School when she was a student there. “It's been amazing to watch her grow over the last few years. I'm excited to help her bring her project ideas to fruition.”

Aysia Law served as Victoria's Inaugural Youth Poet Laureate in 2013. At the time, she was a student at the University of Victoria studying creative writing. Jeremy Loveday was Victoria’s 2012 Poetry Slam champion and mentored Law during her one-year term in the position. During her term, Law read her original poetry at Victoria City Council and Youth Council meetings.