John is an established poet and editor. His 26 books, chapbooks, and anthologies include The Malahat at Fifty: Canada's Iconic Literary Journal (2017), Polari (2014), For the Boy with the Eyes of the Virgin: Selected Poems (2012), and Seminal: The Anthology of Canada’s Gay-Male Poets (2007).  Since 1980, magazines, newspapers, and anthologies on four continents have published his poems, essays, and reviews.

A three-time recipient of the Archibald Lampman Award, he’s also won an Ottawa Book Award, a CBC Literary Award, and a National Magazine Award. Between 1989 and 2018 John edited Arc Poetry Magazine, Vernissage: The Magazine of the National Gallery of Canada, and The Malahat Review. He will publish We Are Not Avatars: Essays, Memoirs, Manifestos, his first book of prose, with Palimpsest Press and The Essential Douglas LePan with Porcupine's Quill in the spring of 2019. Signal Editions will publish his twelfth collection of poems, Lost Family, a book of sonnets, in 2020.

Since stepping down as the editor of The Malahat Review in January 2018, a position he held for 14 years, John now works as a freelance editor, writer, and mentor. He has recently been awarded a residency at the Al Purdy A-Frame in Amaliasburg, Prince Edward County, Ontario that will take place in June 2020.

“As the City of Victoria Poet Laureate, I aim to broaden the local audience for poetry, to make readers more aware of the diverse community of poets in the greater Victoria region, and to provide support to LGBTQ2S poets working among us. Together, my fellow local poets and I shall hold up a mirror to the city where we live and invite the people who live here to see themselves anew.”

Learn more about John at: www.john-barton.ca.

Role of the Poet Laureate

Selected by nomination, the Poet Laureate serves as Victoria’s literary and cultural ambassador. During the four-year term, the Poet Laureate is required to produce three new original works each year that reflect or represent ideas and issues of importance to the people of Victoria, and recite poems at City events, Council meetings and the annual Victoria Book Prize Awards Gala. In addition, the Poet Laureate hosts a number of poetry events in the community, collaborates with the Greater Victoria Public Library on readings, workshops and its new Poet-in-Residence days, and serves as a mentor for the Youth Poet Laureate. 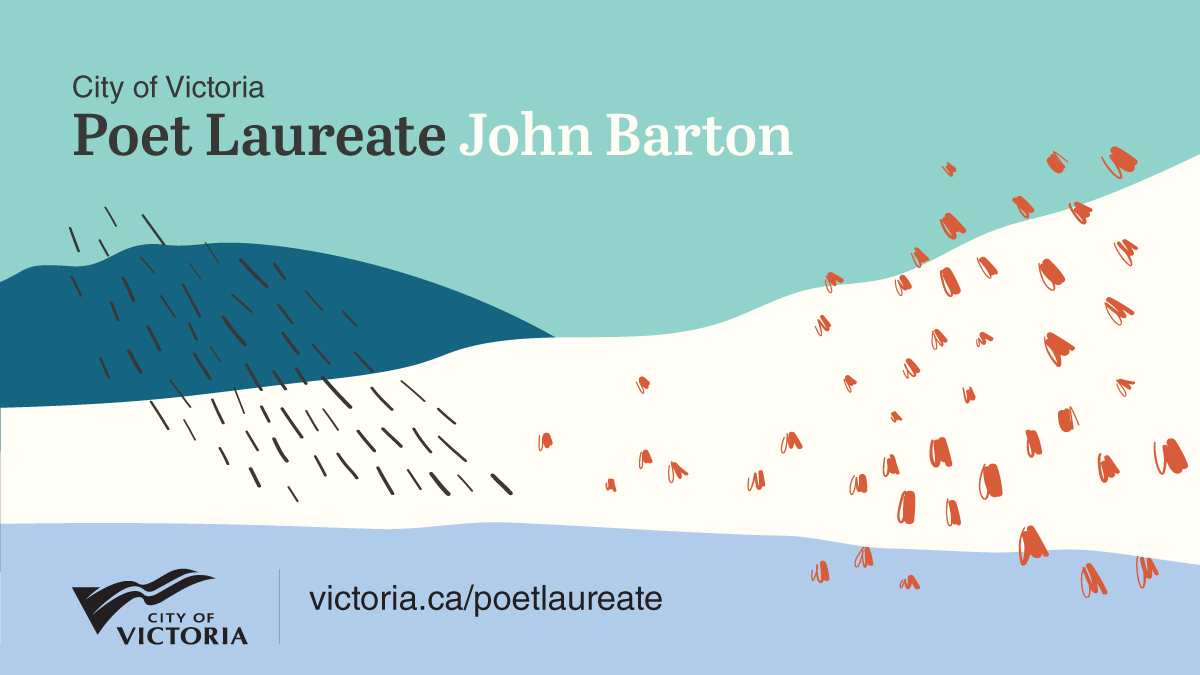 John Barton has gathered together and recorded a celebratory sampling of his poems about Victoria that he’s drawn from across his four-decade-long writing career. These poems showcase his personal relationship with the city from the time when he was Robin Skelton’s student at the University of Victoria in the late 1970s until the present. 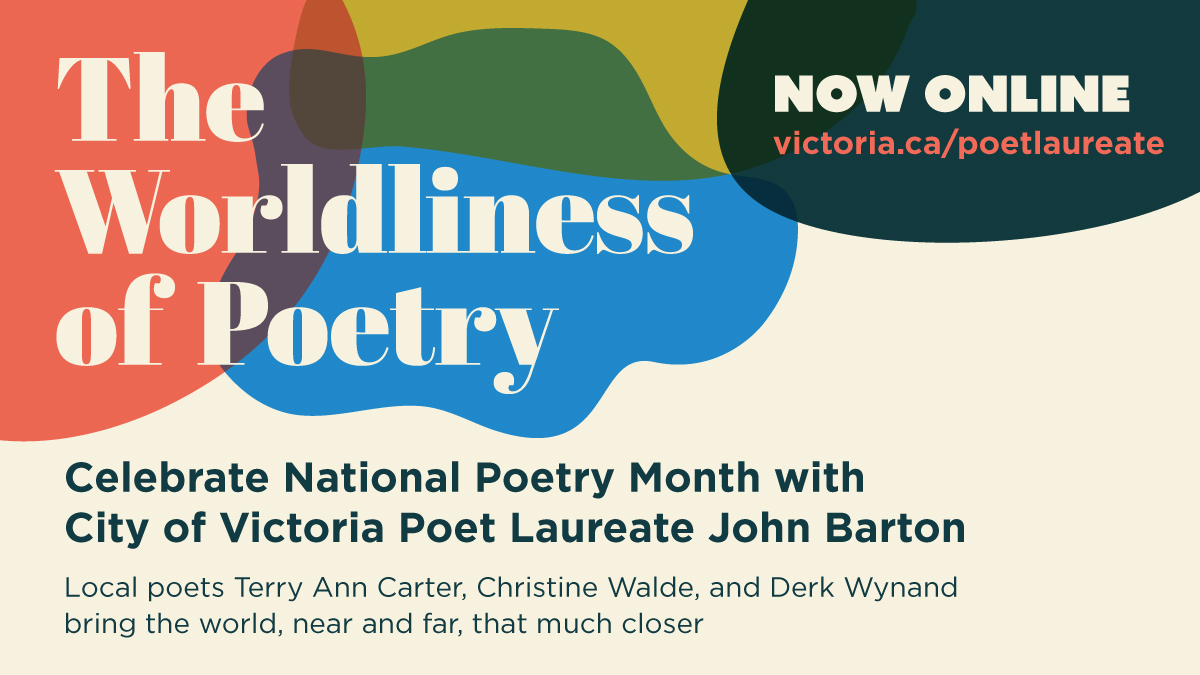 Originally planned as a reading to celebrate National Poetry Month at the Greater Victoria Public Library, The Worldliness of Poetry was cancelled in response to the COVID-19 pandemic. Until it is possible to reschedule, John Barton has invited the three readers to share their work virtually through poems connected to Germany Portugal, France, and Japan in order to momentarily transcend social distancing and self-isolation.

Read and listen to the poems by Terry Ann, Christine and Derk here.

Love and Chocolate was on Saturday, February 15 from 2 - 3:30 p.m. at the Greater Victoria Public Library, Central Branch (735 Broughton Street). City of Victoria Poet Laureate John Barton and other local writers gathered for a delicious afternoon of readings about love and chocolate. 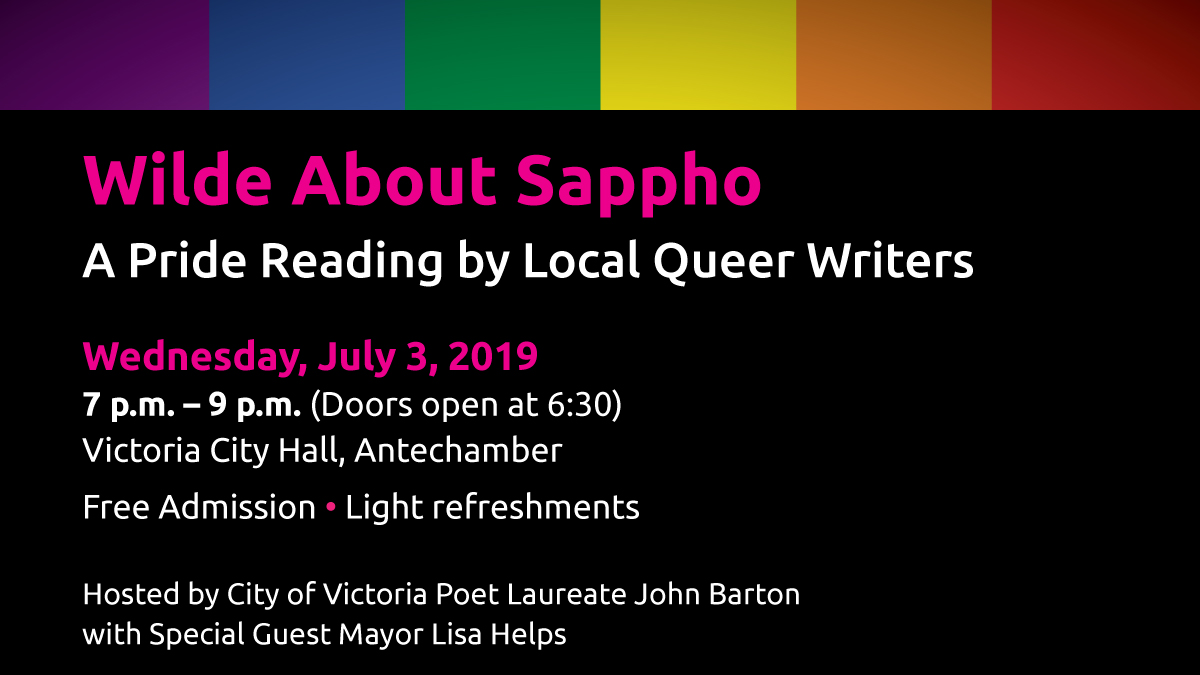 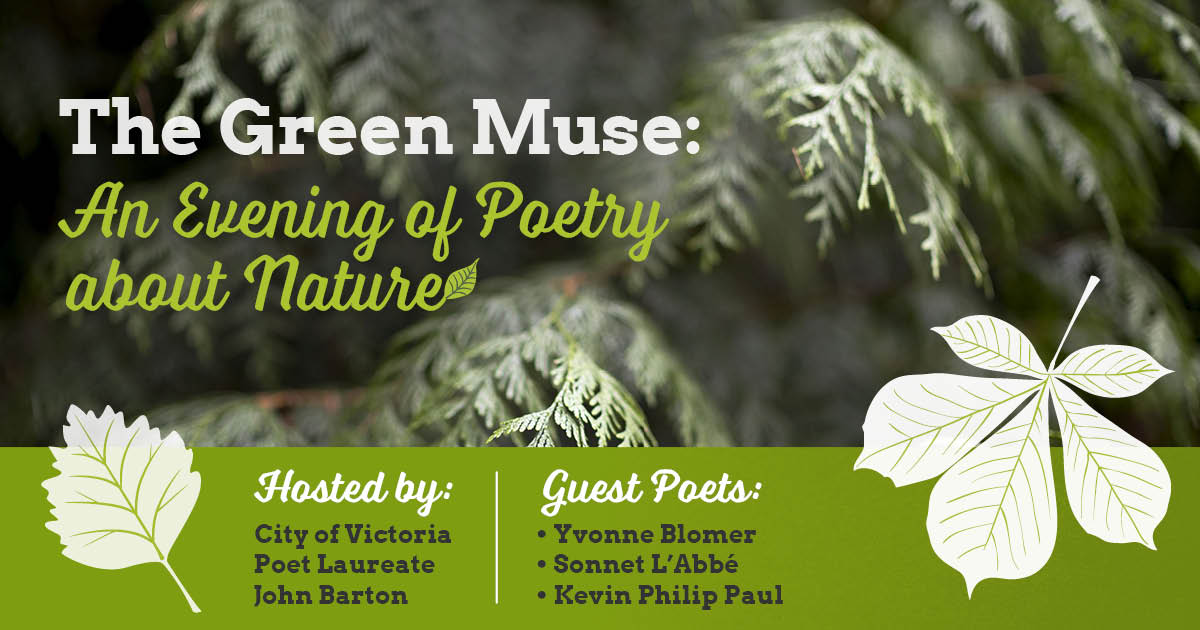