Selected by nomination, the Poet Laureate serves as Victoria's literary and cultural ambassador for a three-year term.

Yvonne is an established poet, having published three collections of poetry and co-edited Poems from Planet Earth, an anthology from the Planet Earth Poetry reading series. Yvonne's work has twice been shortlisted for the CBC Literary Awards and she has appeared in The Best Canadian Poetry in English as well as in anthologies and literary journals in Canada, the UK and Japan. Yvonne’s recent collection of poems is As if a Raven.

After graduating from the University of Victoria, Yvonne lived in Kyushu, Japan for two years with her husband and obtained her Masters in Poetry at the University of East Anglia in the United Kingdom. In addition to poetry, Yvonne writes creative nonfiction and teaches poetry and memoir courses through Camosun College. She is currently working on a travel memoir titled Sugar Ride as well as new poems.

A Legacy Poetry Project has been installed near the water at Little Ross Bay Green, to recognize Yvonne Blomer’s term as the City’s fourth Poet Laureate. Her poem entitled “Our One Blue Bowl”, has been carved into a piece of Vancouver Island granite and will sit overlooking the water for community members to enjoy.  Much of Yvonne’s poetry is related to  environmental causes and many focus on celebrating the ocean.  Little Ross Bay Green is located on the east side of Ross Bay, at Dallas Road and St. Charles Street.

Janet Rogers served as Victoria's Poet Laureate for three years. Her term ended on November 30, 2014. As Victoria's third Poet Laureate, Janet created opportunities for the community to come together in celebration of poetic voices on the traditional lands of the Coast Salish people.

Janet is a Mohawk/Tuscarora writer from the Six Nations band in southern Ontario. She was born in Vancouver, British Columbia and has been living on the traditional lands of the Coast Salish people (Victoria, BC) since 1994. Janet works in the genres of poetry, spoken word performance poetry, video poetry and recorded poetry with music and script writing.

Janet has three published poetry collections to date: Splitting the Heart, Ekstasis Editions (2007), Red Erotic, Ojistah Publishing (2010), Unearthed, Leaf Press (2011). Her newest collection Peace in Duress was released with Talonbooks in September 2014. Janet's poetry CDs Firewater (2009), Got Your Back (2012) and 6 Directions (2013) all received nominations for Best Spoken Word Recording at the Canadian Aboriginal Music Awards, the Aboriginal Peoples Choice Music Awards, and the Native American Music Awards. You can hear Janet on the radio as she hosts Native Waves Radio on CFUV fm and Tribal Clefs on CBC Radio One fm in Victoria. Her radio documentaries Bring Your Drum (50 years of indigenous protest music) and Resonating Reconciliation won Best Radio at the imagaineNATIVE Film and Media festival 2011 and 2013. Ikkwenyes or Dare to Do is the name of the collective Mohawk poet Alex Jacobs and Janet created in 2011. Ikkwenyes won the Canada Council for the Arts Collaborative Exchange award 2012 and a Loft Literary Prize in 2013. 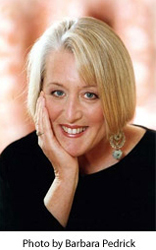 Local poet Linda Rogers served a three-year term as the City of Victoria's second Poet Laureate from December 1, 2008 to November 30, 2011.

Linda Rogers is a poet, novelist, teacher and journalist who believes that celebration - the ritual integration of art, dance, music, and the spoken word - is essential to a community. Since most of her antecedents have been writers, lawyers or theologians, language is her natural medium.

The mother of three and grandmother of four, Linda is fascinated by the lives of young people and knows that a healthy world depends on happy children. Linda is married to mandolinist Rick van Krugel and sings with the Victoria Soul Gospel Choir. Her writing has been translated into many languages. 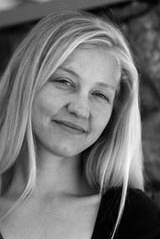 Local poet, Carla Funk, was honoured to serve a two-and-a-half-year term as the City of Victoria's first Poet Laureate from June 2006 to November 30, 2008.

During Carla Funk's term she accomplished the following: