Wilde About Sappho: A Pride Reading of Local Queer Writers

City Hall, Antechamber (Masks are a personal choice at City Hall.  Please be kind and respectful of others.) 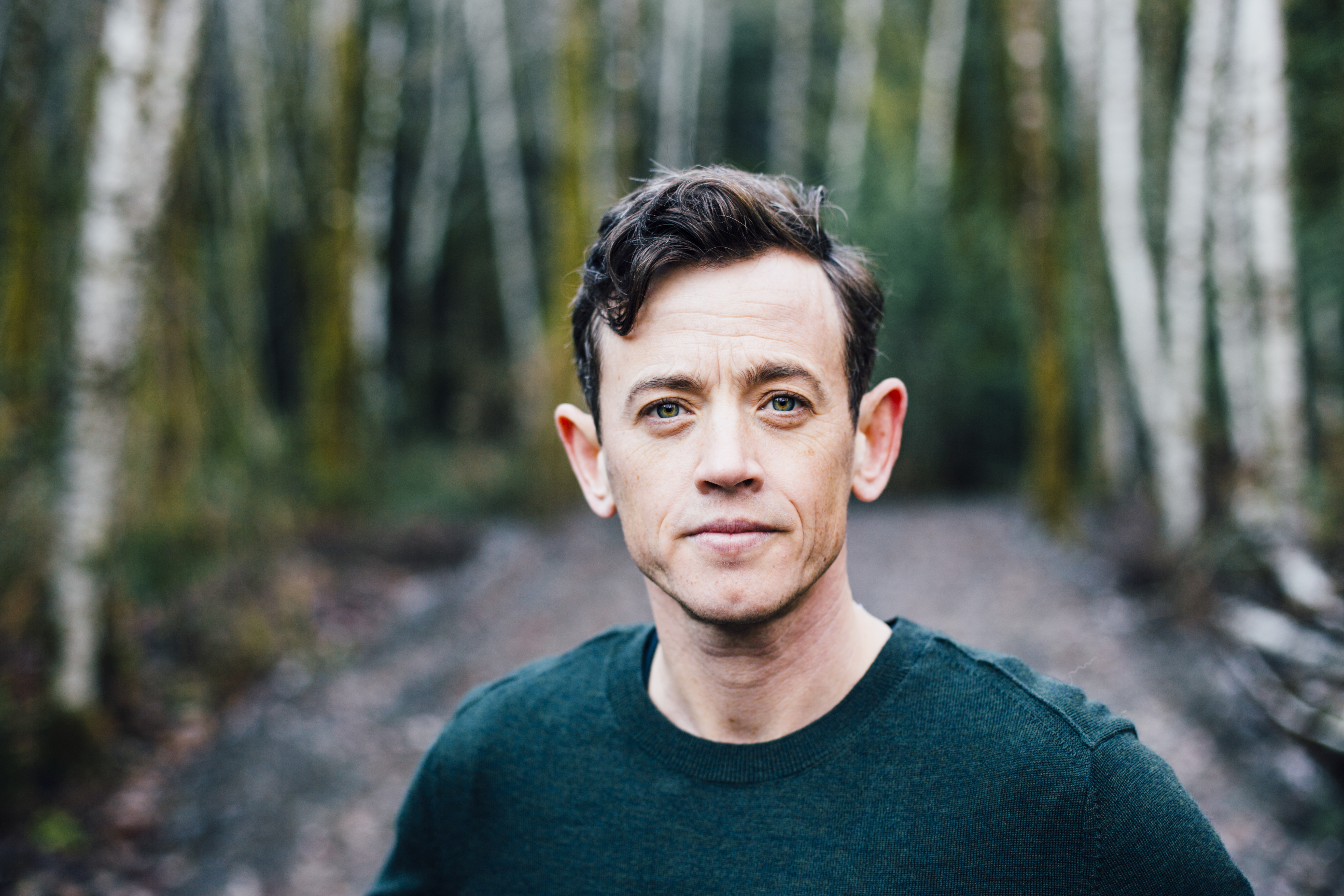 Ali Blythe is the author of two critically acclaimed books exploring trans-poetics: the debut collection, Twoism, and the follow-up, Hymnswitch. His poems have appeared in literary journals and anthologies in Canada, England, Germany and Slovenia. The winner of the Vallum Award for Poetry, twice finalist for the Dorothy Livesay BC Book Award, and recipient of an honour of distinction from the Writers Trust of Canada for emerging LGBTQ writers, he lives in Victoria. 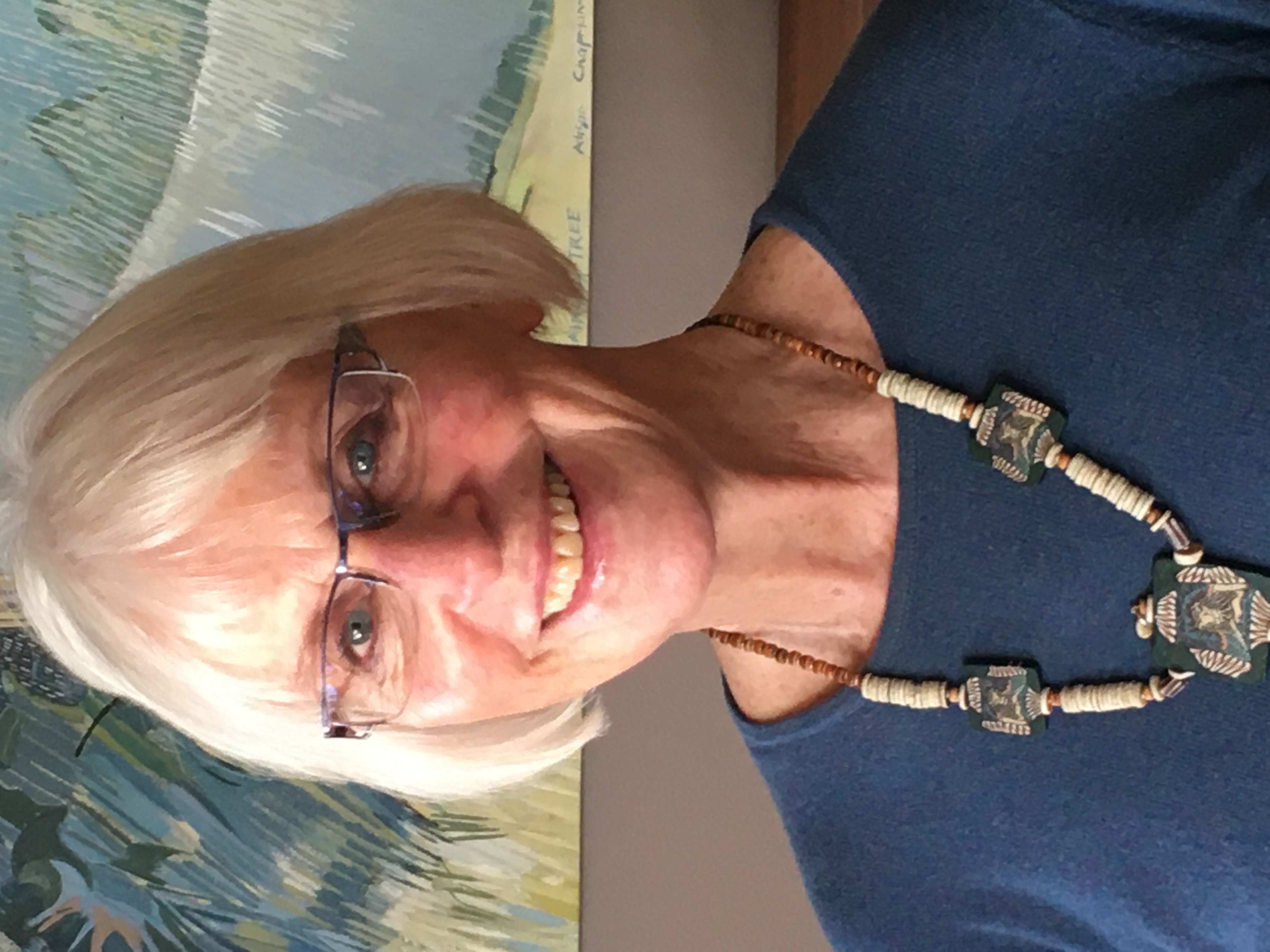 Wendy Donawa is an uninvited but grateful guest on the traditional territories of the Lkwungen-speaking Songhees and Esquimalt people. Her first book, Thin Air of the Knowable, Brick, 2017) was a Gerald Lampert Award finalist. Her second, Our Bodies’ Unanswered Questions, was published in 2021 as one of the Frontenac Quartet. Donawa’s poems have appeared in poetry magazines, anthologies, chapbooks, transport buses, parks and pubs, are inhabited by casualties of colonizing desires. They revise historical narratives, scrutinize the capricious heart, and struggle to find grace notes of love and of beauty. Lorna Crozier has called them “fiery calls to action...in a world rife with inequity and injustice.” 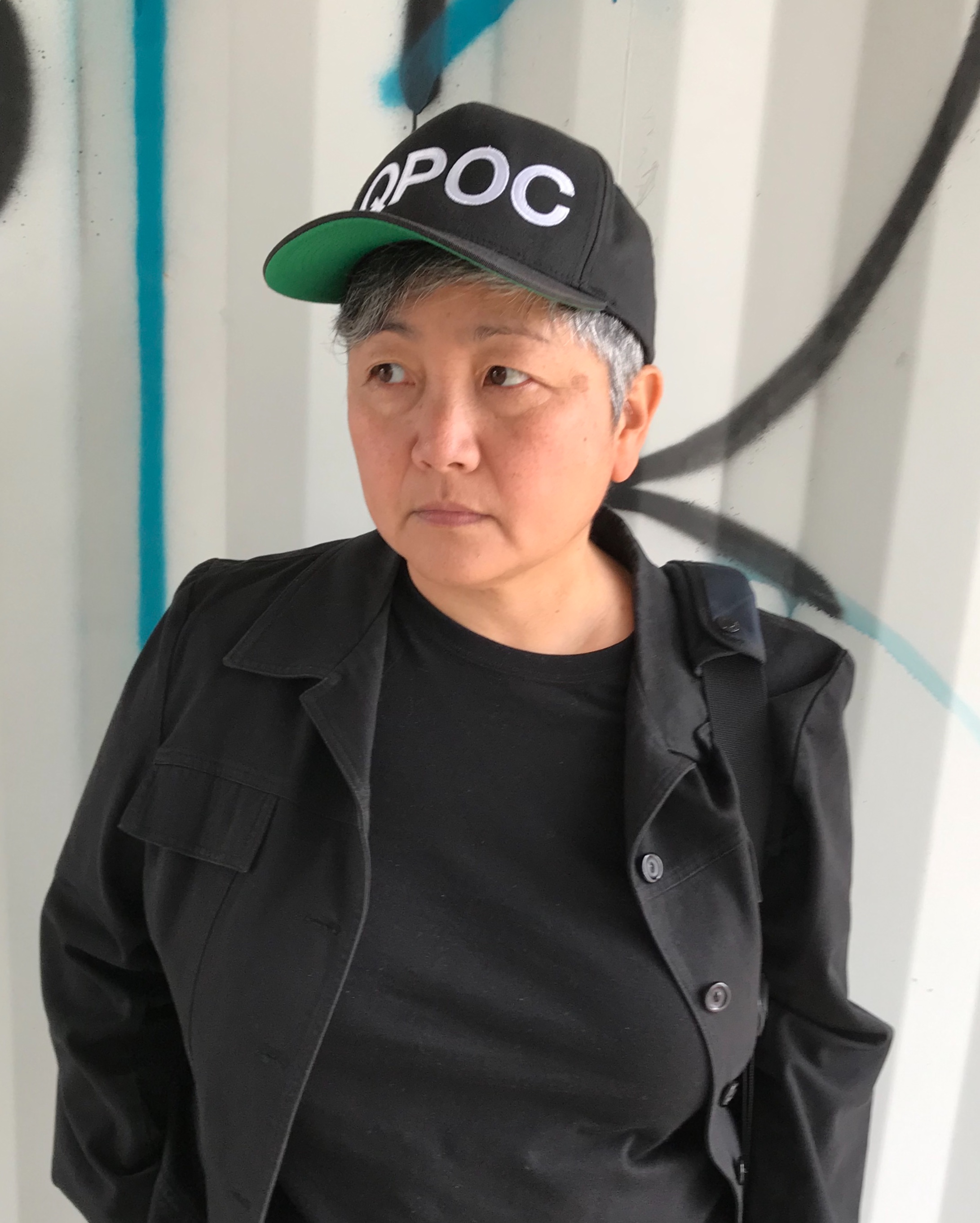 Hiromi Goto is an emigrant from Japan who gratefully resides in Lekwungen Territory. Her first novel, Chorus of Mushrooms, won the Commonwealth Writers’ Prize Best First Book, Canada and Caribbean Region, and was co-winner of the Canada-Japan Book Award. Her second book, The Kappa Child, received the James Tiptree Jr. Memorial Award for gender-bending speculative fiction. She’s published three novels for children and youth, a book of poetry, and a collection of short stories. Her other honours include The Sunburst Award and the Carl Brandon Parallax Award. Shadow Life is her first graphic novel. 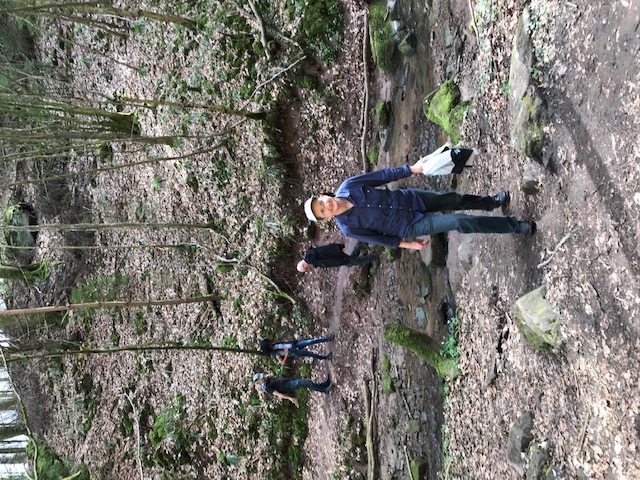 matthew [bettina] heinz has been living on Vancouver Island since 2005. A professor at Royal Roads University, he studies the intersections of gender, language, culture, and communication from multiple methodological approaches, including performative writing. He is the author of Entering Transmasculinity: The Inevitability of Discourse (Intellect Press, 2016). 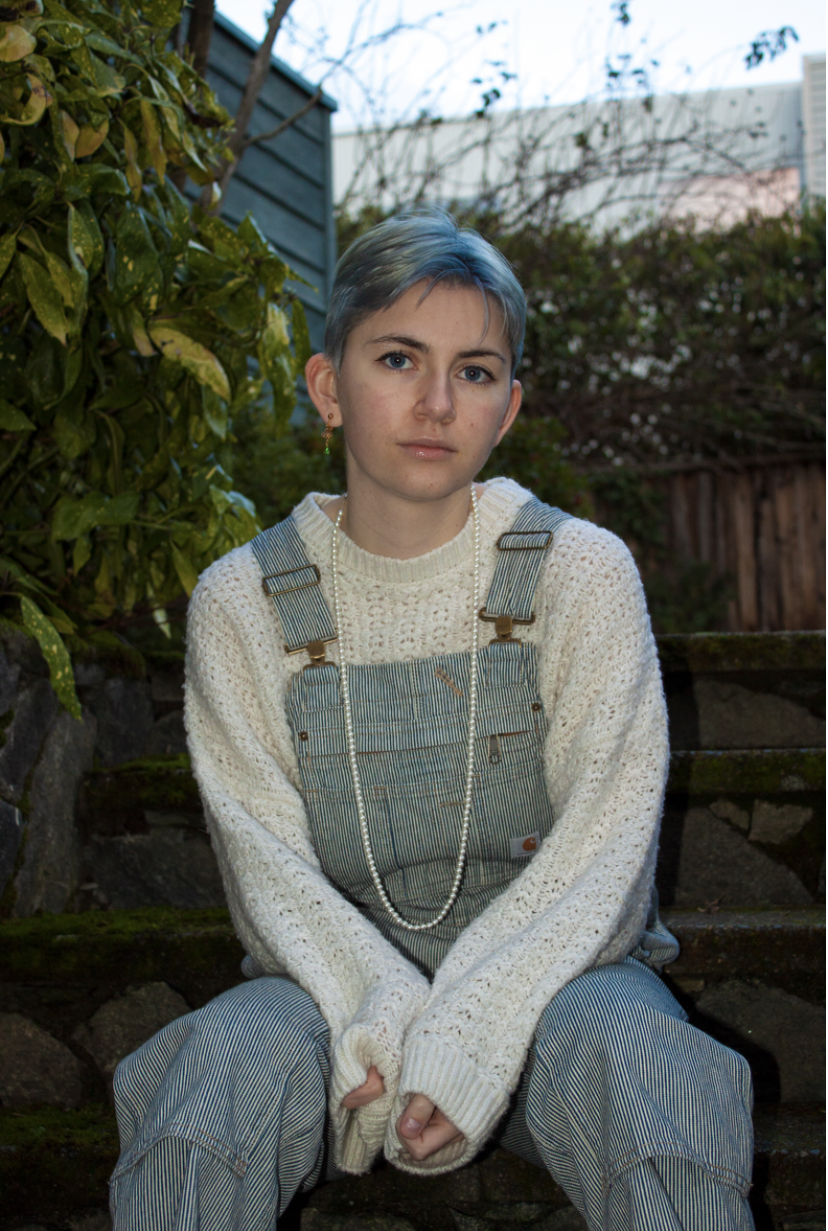 Eli Mushumanski is Victoria's tenth Youth Poet Laureate and recently completed a double major in Writing and English with Honours at the University of Victoria. They grew up in Northern British Columbia on the traditional territory of the Saik'uz First Nation but moved down south to escape the snow. During their degree, they acted as fiction editor for UVic's literary journal, This Side of West, as well as senior editor for Her Campus at UVic. Eli has poetry published in The Warren and participated in the City of Victoria's 2021 "Resilient Muse" reading series. 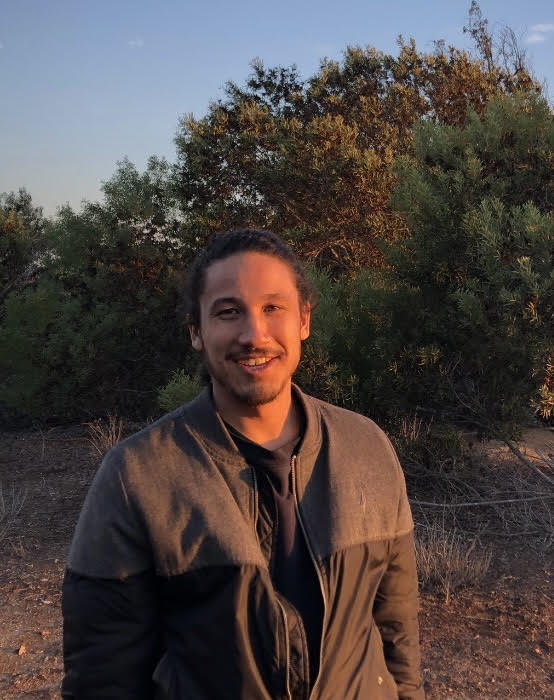 Shō Yamagushiku is an independent writer and researcher. His creative practice is grounded in a diasporic islander consciousness. Drawing on intergenerational memory, critical theory and archival research, he writes from a world caught between empires with the intention of returning to the elemental. He is currently working on his first poetry collection.

Wilde About Sappho: A Reading by Local Queer Writers is a presentation of City of Victoria. John Barton would like to thank Engagement staff and Arts, Culture, and Events staff at the City of Victoria for their invaluable support.

Victoria’s poet laureate program, which is now in its sixteenth year, is a joint initiative of the City of Victoria and the Greater Victoria Public Library.

As a result of the pandemic, Wilde About Sappho: A Pride Reading of Local Queer Writers has migrated online for the second year in a row to mark Victoria Pride, instead of being hosted by the City of Victoria in the council chambers at City Hall. John Barton has invited four local 2SLGBTQIA+ poets to share their work through pre-recorded readings.

Through poems that deal with diverse life experiences from multiple queer points of view, John and the four readers celebrate Victoria Pride not only to transcend the social distancing imposed by the pandemic, even as Victoria begins gradually to reopen, but also to break through the isolation that even in 2021 can sometimes still be part of the dailiness of being queer.

Mayor Lisa Helps joins Judith, Sophie, Miles, and James, by opening the video with a poem she wrote specially for the occasion.

Judith Castle is a former Montrealer who has found a hospitable poetry community in Victoria. She is the poetry editor for Victoria Writers' Society and has been a feature reader at Planet Earth Poetry. Her poetry has been published in Island Writer, Event, The Fiddlehead, The Antigonish Review and in various anthologies.

Her art photography has been exhibited at Galerie Luz and Galerie Nota Bene, Montréal. She has published five volumes of poetry: Flare Path (2012), What Remains (2014), Now I Lay Me Down, mourning the loss of children (2015), Surface Tension (2016), and Women Loving Women (2020).

Read Judith’s “in the garden” and “sky over vic west”.

Sophie Crocker (they/she) is a queer writer, editor, and performer based on unceded Songhees, Esquimalt, and W̱SÁNEĆ. Their publications include The Fiddlehead, PRISM International, The Malahat Review, The Common, and Contemporary Verse 2. Their debut poetry collection, brat, is forthcoming from Gordon Hill Press in the fall of 2022.

Read Sophie’s “self-portrait in gemini” and “how lame to be a person”.

Miles Lowry is a sound and visual artist, writer and director best known for his vibrant paintings and life-size sculptures. His works is seen in a wide variety of exhibitions, publications and performances. As an artistic co-director of Victoria’s Suddenly Dance Theatre, Miles explores dance and media with partner David Ferguson through writing, directing and designing for live performance, television, video and multi-media collaboration. His books include Slow Dreams: Early Work, Blood Orange: The Paul Bowles Poems and his upcoming Saint Cloud based on French artist Jean Cocteau.

Read Miles’ “Rock” and “She Walks Through Walls.”

James Summer (he/they), the City of Victoria’s Youth Poet Laureate, is a poet from Winnipeg, Manitoba. Now living on Vancouver Island, he is hoping to share his work with the world, as he tackles conversations of gender identity, mental health, and childhood experiences. He is passionate about being a voice for youth, just as he was inspired by poets during his growing up.

Read James’ “He Doesn’t Look a Thing Like Jesus (the Jesus Poem)” and “My First Kiss Was Like Swimming in a Kiddy Pool.”