Luke Ramsey was the City of Victoria Artist in Residence from October 2016 to November 2018. In October 2017, Council extended his one-year term to end in November of the following year.

The Artist in Residence program aims to 'keep art in mind', providing the opportunity for a local artist to work collaboratively with City staff and the community to identify and develop a creative artwork for one or more capital projects over a one-year term.

Ramsey’s submission was one of 40 the City received in response to a Request for Expressions of Interest, which was open to artists and artist teams who are residents of the Capital Region and included the Gulf Islands. He was one of five artist/groups shortlisted, based on his artistic merit, professional experience and understanding of the new program.

Below are some of the projects Luke worked on during his term. Check out Luke's website for more information about his residency and related artworks.

2017/2018 Summer Banners
As Artist in Residence, Luke Ramsey collaborated with a group of Indigenous and non-Indigenous students who attend Ecole Shoreline Community Middle School to create a set of four banners that decorated Victoria's lampposts downtown and in Beacon Hill Park over two summers. 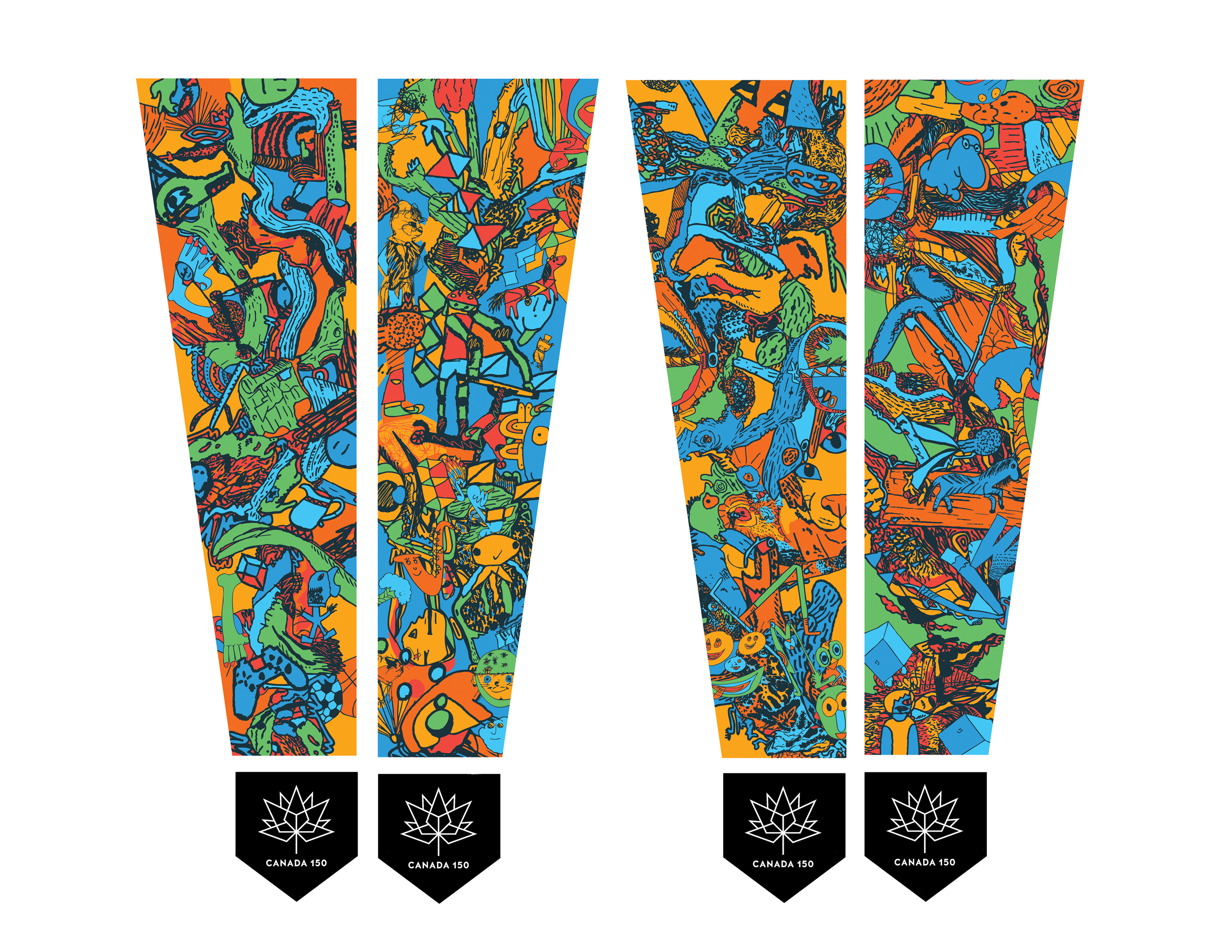 Luke Ramsey is an illustrator, designer, muralist and painter. In 2010, he completed a giant, collaborative outdoor mural with artist Josh Holinaty on the John Howard Society building in Edmonton, Alberta.

The mural won an Award of Excellence from the City of Edmonton in 2011, and a 2012 National Urban Design Medal from the Royal Architectural Institute of Canada.

Ramsey co-founded the Islands Fold residency, exhibits internationally and works in public art, painting, and freelance illustration. His client list includes The New York Times, The Drake Hotel, Patagonia, The BC Children’s Hospital and more. Ramsey's book Intelligent Sentient? is published by Drawn & Quarterly, and was nominated for a Doug Wright Award. Luke's work is inspired by a continuous line in time, that draws from the inside, and paints over edge.

"I want to open doors. I want to see how other people work, so I can learn different approaches in exchange for sharing my experience and insight as a visual artist," said Ramsey.