Congratulations to the six local artists and 18 youth who have been selected to beautify six graffiti hotspots downtown and in Victoria neighbourhoods. A partnership between the City of Victoria and the United Way Greater Victoria, the Create Community Colour Mural program is matching a professional artist with two or more youth ages 14 - 20 to collaboratively produce 10 colourful murals.

Thank you to all of the artists and youth who submitted an Expression of Interest to the Create Community Colour Mural program.

The mural program is an art-based, proactive program designed to engage youth in the field of mural arts. The program is aligned with the United Way’s recent youth in action project where 23 young people came together to create a vision for their community, which included the need for youth to find a sense of belonging through community art.

Based on their creative proposals and experience in murals and other art forms, the artists have been selected to enhance a mural location which will feature one to three murals. For details on the mural sites, including average size, medium, and budgets, here: Mural Sites [PDF - 612 KB].

Concepts will be further developed in the coming months and the murals are expected to be completed in the spring.

The artists, their concepts, and the mural locations are noted below: 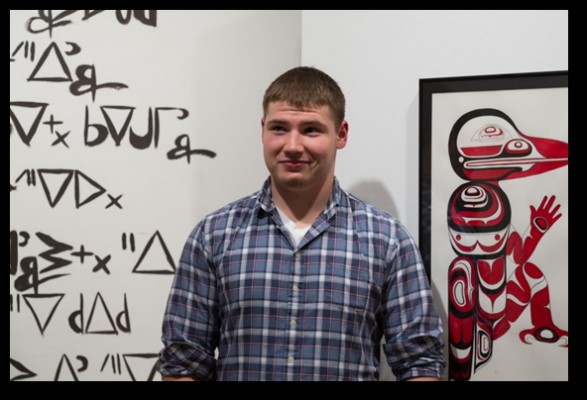 Jesse Campbell is a 22 year old Métis First Nation artist from Victoria, BC. His work is mainly in acrylic and pencil. He has been involved in several mural projects in the Capital Region District including Phases 2 and 3 of the Ogden Point Unity Wall in James Bay, the Rock Bay Mural Project on Government and Pembroke, the Helmcken Alley mural at 510 Fort Street, and the Coming Home mural in Sooke.

Jesse is currently the coordinator of the Indigenous Youth Arts Program at Open Space and worked as the assistant Aboriginal curator at Open Space Arts Society last summer. His past exhibitions include Gifts from Our Ancestors at Open Space in March 2014, and Project H.E.A.R.T at the Fifty Fifty Arts Collective in November 2015. 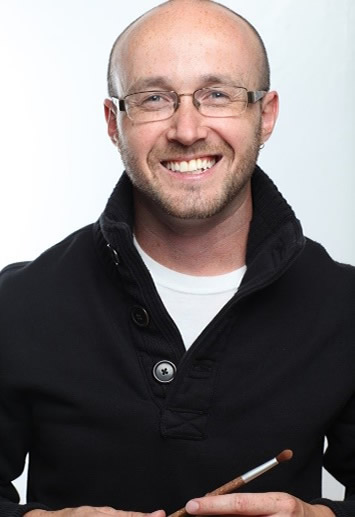 min Cook Zuroski is of Kwakwaka’wakw and Polish descent. Since age five, Jamin has lived in the culturally diverse community of Victoria, BC on the land of the Coast Salish peoples. Jamin is actively involved with community organizations, schools, and ministries where he shares his talents through art and design. Some of his most recent projects and mediums have been mural painting, canvas, computer graphics, cedar, and glass sandblasting. Jamin continues to visit his mother’s home territory of Alert Bay to connect with the land and his culture. www.jaminzuroski.com

--“I wanted to be a part of this Community Colour Mural Program to add a heartbeat and artistic life to the diverse beauty and culture of this city.” 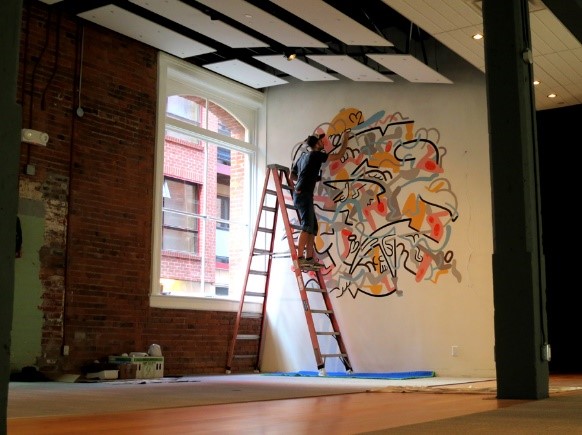 Luke Ramsey co-founded the Islands Fold residency and works as a freelance illustrator and muralist. His client list includes the New York Times, the Drake Hotel, Mountain Equipment Co-op, and Patagonia. His collaborative mural with Josh Holinaty won a Urban Design Medal from the Royal Architectural Institute of Canada. His book Intelligent Sentient? is published by Drawn & Quarterly. Whether freehand drawing or calculated painting, Luke works from a continuous line in time, a line that draws from the inside and paints for the edge.

--“This project interested me as an opportunity to collaborate and create community with a public platform.” 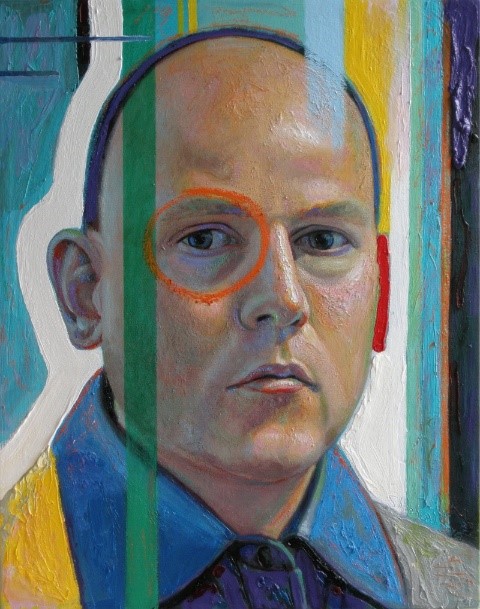 Shawn Shepherd is a self-taught multidisciplinary artist with an informal education sourced from local artists, books, and travels to art museums in France, Italy, Mexico, United States and Canada. His diverse art practice spans 25 years, and has been informed by numerous interests such as human identity, mass media, found objects, as well as notions of painting. His work has appeared in the Globe and Mail, Times Colonist, Focus Magazine, Boulevard Magazine, Western Living, Monday Magazine, Galleries West, and Preview Magazine. Shawn is the co-owner and co-curator of Polychrome Fine Art.

--“I applied to take part in the program to provide my neighbourhood with something visually interesting, and to share my abilities with the youth involved.” 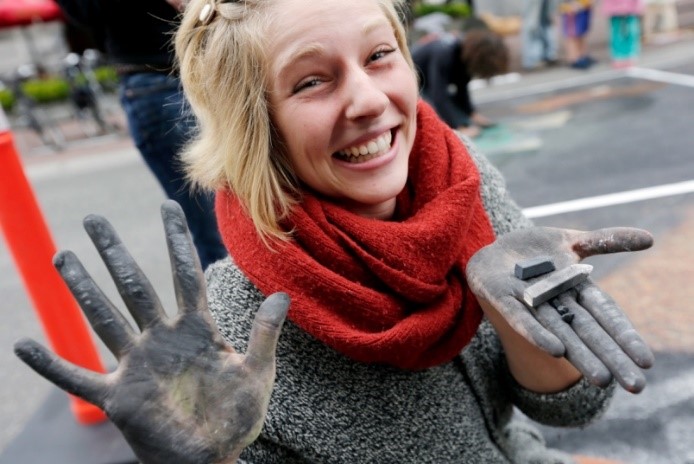 Jody DeSchutter was born in Lake Country, BC and followed her love for art to Victoria where she completed her undergraduate degree in Visual Arts this December. She mobilizes a combination of established media in an effort to explore her practice without abandoning the methods and materials to which it is indebted. In her painted work, she attempts to exploit the ever-changing meeting point between academic realism, abstraction and the void; a marriage of tradition and modernity.

--“I am interested in being a part of the community dialogue; it is a visual conversation through which I am excited to share and to learn.” 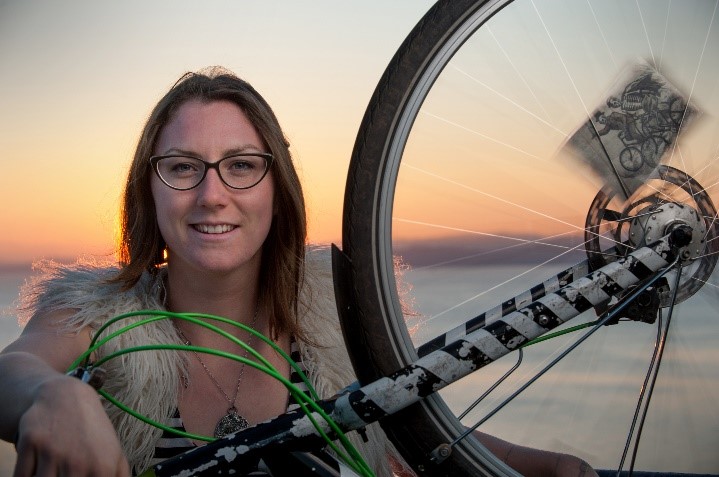 Christine White is a multi-disciplinary artist, based in Lekwungen Territory. She believes that murals are a form of communication by beautifying large surfaces and that the Create Community Colour Mural program​ provides the opportunity for local artists to share their gifts with the public. Christine is excited to share with youth artists and promote positivity through visual language. The topics she wishes to explore will portray strong independent women, encourage the use of bicycles and deepen our relationship with native plants. Her overall mission is to connect people through art. Christine thrives on collaboration and wants to hear how the community relates with these themes. www.christinewhite.ca

--“My purpose with this project is to inspire positive change, and to connect people through art.”

The competition followed the City’s Art in Public Places policy and was juried by a selection committee of four individuals, consisting of a member of the Vancouver Island School of Art, United Way Greater Victoria, City of Victoria Youth Council, and an artist-at-large in the community.

Applicants were asked to name the specific mural location they would like to work on and describe how their creative concept fits with the characteristics of the neighbourhood. Youth applicants were asked to describe their interest and experience in the arts. Artists must reside in the Capital Region, carry liability insurance, and complete a criminal record check. The competition closed on October 28, 2015 at 4 p.m.

The submission guidelines are available below:

The United Way of Greater Victoria is contributing a total of $45,000 for the creation, maintenance and decommissioning of the murals for a five year-term, which is the expected mural life span. Property owners will have the option to decommission their building’s mural(s) after five years or take over the maintenance. The City of Victoria is contributing $11,000 to the program and will seal the murals with an anti-graffiti protective coating. Artists who receive funding from the Create Community Colour Mural program are responsible for expenditures and reporting.