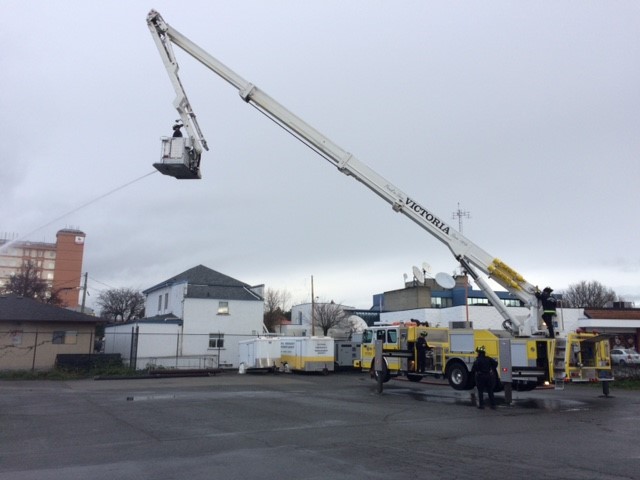 The Bronto’s powerful pump is capable of moving 2,000 gallons of water per minute, making it the largest pump in the Victoria Fire Department’s fleet. Its 100-degree articulating basket provides fire fighters the ability to “square up” the lift to a structure, resulting in safer rescues. The bucket’s platform has a load capacity of 1,000 pounds and can hold up to four fire fighters. In addition to above-ground rescues, the 15-foot jib has the versatility to perform below-ground rescues, which could include reaching over bodies of water or down banks with limited access.

The Bronto Skylift was previously owned by Brookline Massachusetts Fire Department and has undergone repainting and rebranding over the past four months. The new aerial apparatus will be stored at the James Bay Fire Station and replaces the Fire Department’s 1991 E-ONE ladder truck, which has been in operation in Victoria since 1992.