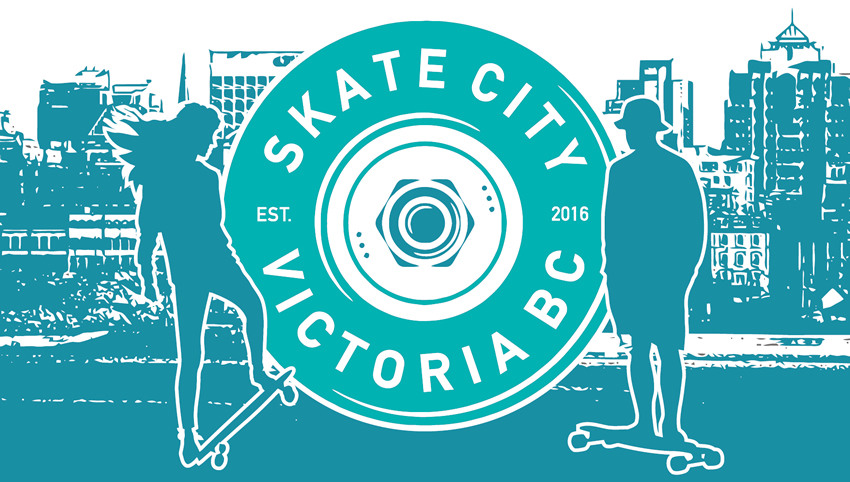 Recognizing that a growing number of people use skateboards as a mode of transportation, the City of Victoria is allowing skateboard use on downtown streets.

City bylaws allow for the use of a skateboard, roller skates, in-line skates, or a non-motorized scooter on City streets with an expectation that users will adhere to the same rights and responsibilities as a cyclist. The Parks Regulation Bylaw also allows the use of skateboards and similar devices on roads in parks and along designated paths.

Please note: warnings and fines may be issued for not following the rules. Fines under the Streets and Traffic Bylaw are $125. Fines under the Parks Regulation Bylaw range from $100 to $125.

Skateboarding is an excellent form of exercise and a low carbon way to travel city streets. Victoria is highly walkable city and skateboarding provides the unique advantage of being able to go from surfing the streets to walking in a matter of seconds.

Check out our skateboarding video series for an introduction to skateboarding in Victoria featuring Victoria City Councillor Jeremy Loveday and Mike Redpath–owner of the oldest skate shop in Victoria–Coastline Surf and Skate.

Want to get geared-up? Watch our video on skateboarding and safety gear, with local skateboarders Jake and Eric.

Get the Skate City Map

Download the Skate City Brochure [PDF - 3.9 MB] for quick access to skate parks, skateshops and skate-friendly businesses in Victoria, BC 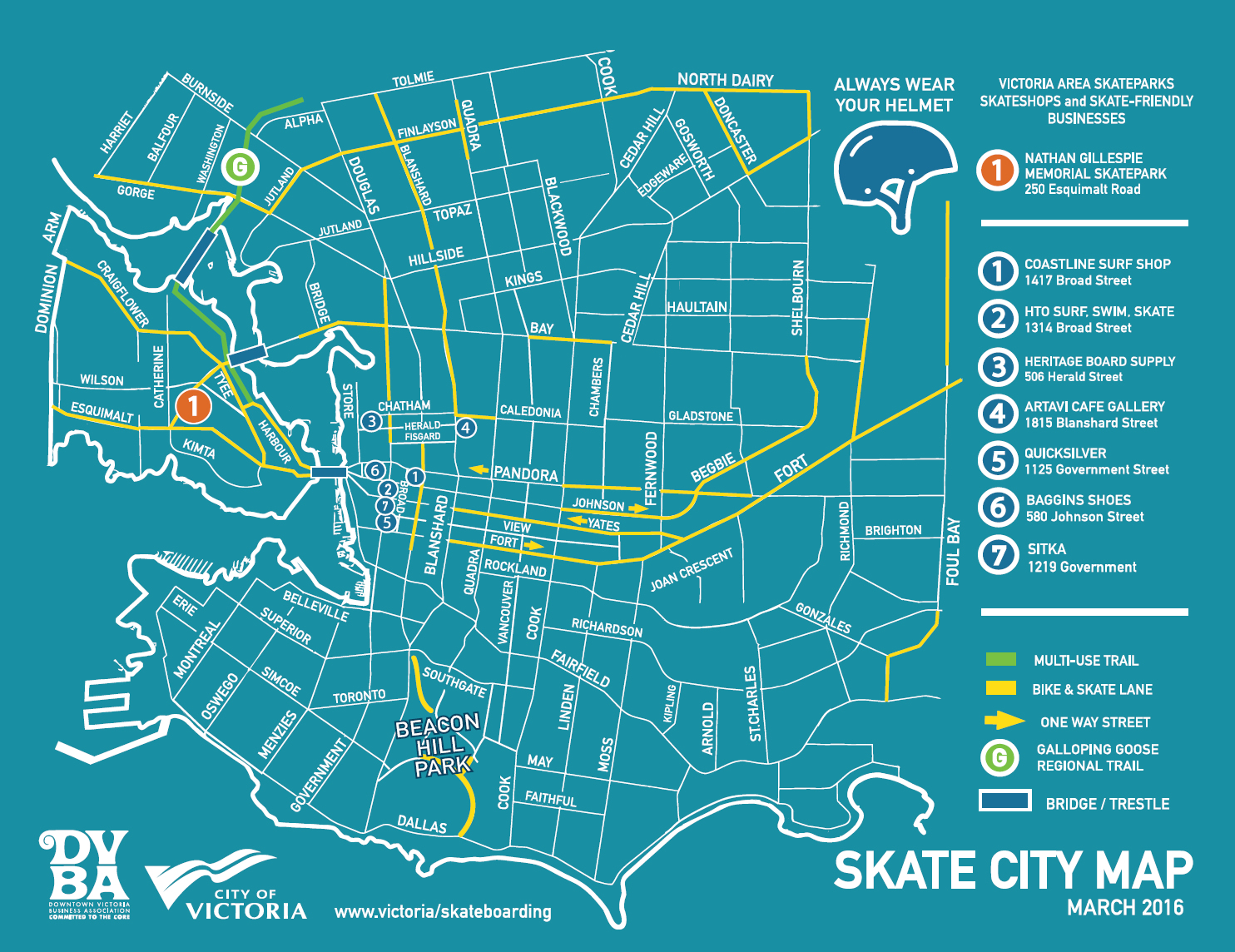 Interested in learning to skate? Check out these skateboarding tutorial videos, demonstrating skateboard stopping techniques and an overview of safety gear.

Warmer weather means busier neighbourhood bikeways and multi-use pathways. If you are skateboarding, remember to light up at night and yield to pedestrians.