On Sunday, September 10, 2017, a commemorative monument was unveiled in Victoria’s historic Chinatown to recognize the contributions of Chinese Canadians.

“The Chinese community played a pivotal role in the history of our province. This monument recognizes Chinese pioneers’ strength and dignity in the face of great adversity endured in the late 1800s and into the 1900s,” said Premier Horgan.

The monument reflects the 2014 apology delivered on behalf of the B.C. legislative assembly to Chinese Canadians for historical wrongs committed by early provincial governments. It will serve as a permanent reminder of the racism, discrimination and hardships faced by Chinese Canadian pioneers, many who settled initially in Victoria and later moved throughout the province. 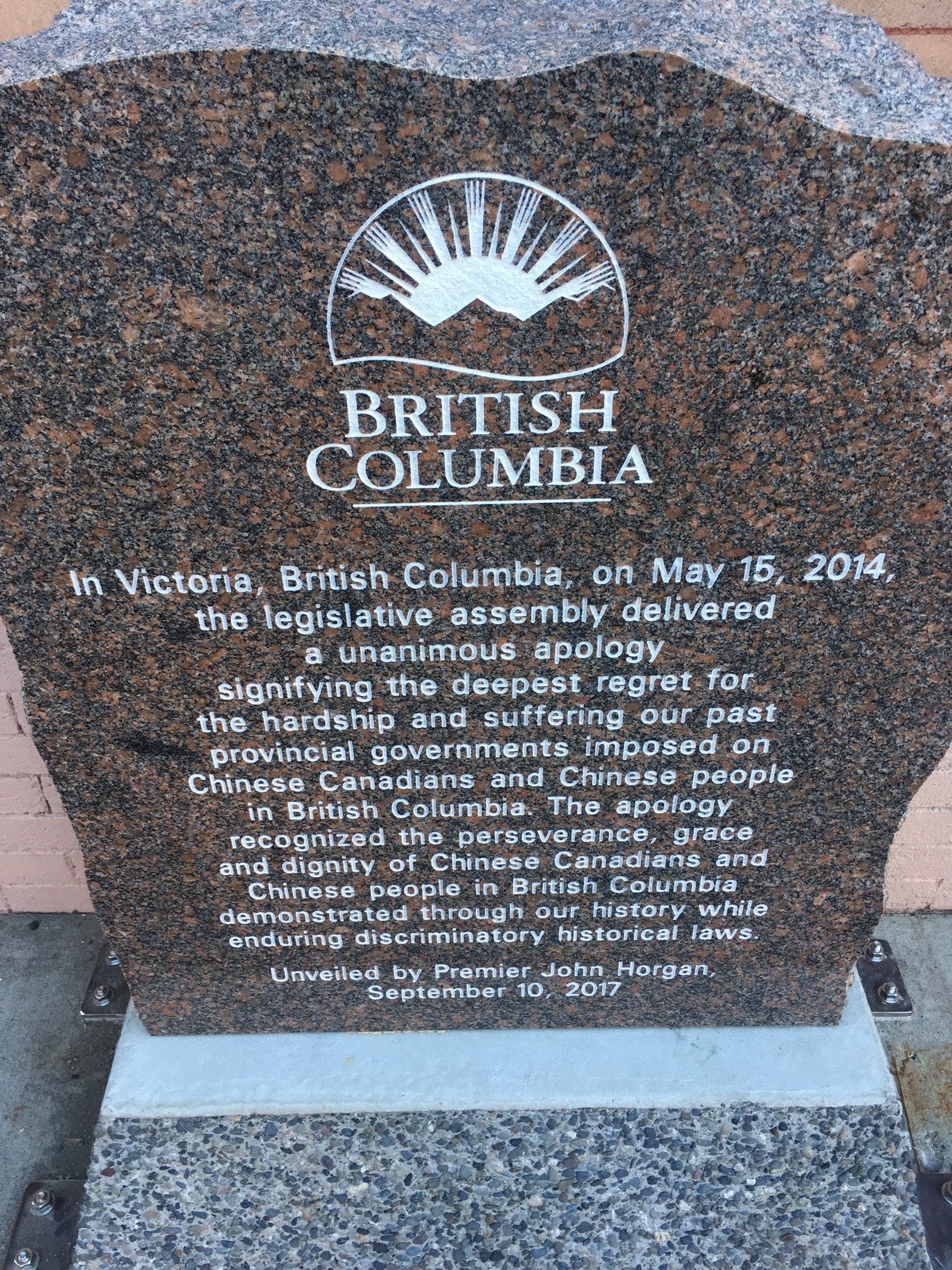 “The location of this monument will sit at the Gate of Harmonious Interest in historic Victoria Chinatown to recognize the historic apology by the B.C. legislature. This monument reflects our provincial commitment to apologize for past wrongs and building meaningful reconciliation with the Chinese community,” said Lisa Beare, Minister of Tourism, Arts and Culture.

As one of several provincial Chinese legacy projects completed, the commemorative monuments project resulted from a report on the Chinese historical wrongs consultations. The report includes a recommendation for one or more regional plaques or monuments to be created to commemorate the positive contributions of Chinese Canadians to B.C.’s history, culture and prosperity.

The monument unveiled in Victoria’s Chinatown is the sixth marker – interpretive signs, plaques and monuments – established in B.C. communities. Locations for the markers were recommended by the provincial Legacy Initiatives Advisory Council (LIAC), which provides advice to government on B.C. Chinese legacy projects.

Extensive provincial consultation with British Columbia’s Chinese Canadian community, including a community forum held in Victoria in November 2013, led to the decision to establish this monument. Government heard from local community members who were directly and indirectly affected by historical discriminatory legislation.

View photos of the unveiling.