US & THEM Film: From Victoria to Parliament Hill

On Monday, September 11 at 7 p.m. the documentary US & THEM will return to City Hall to kick off a national tour. The event is hosted by the City of Victoria; admission is free and doors will open at 6:30 p.m., with filmmaker Krista Loughton in attendance.

US & THEM is a powerful and deeply moving documentary on homelessness and addiction. It was filmed over a decade and features the unlikely friendships that develop between four homeless and addicted people in Victoria and the film’s maker, Krista Loughton. The documentary also features Dr. Gabor Maté, a prominent Vancouver-based addiction specialist.

The event at City Hall is the send-off for a national tour, including an exclusive screening on Parliament Hill for all of Canada’s MPs on September 26, hosted by the Honourable Jean-Yves Duclos, Minister of Families, Children and Social Development. Minister Duclos was first introduced to the film by Mayor Lisa Helps during a visit to Victoria, and was inspired to host the screening after viewing a copy provided to him by the Mayor.

US & THEM premiered in December of 2015 at Victoria City Hall.
For more information, visit:https://www.facebook.com/usandthemmovie 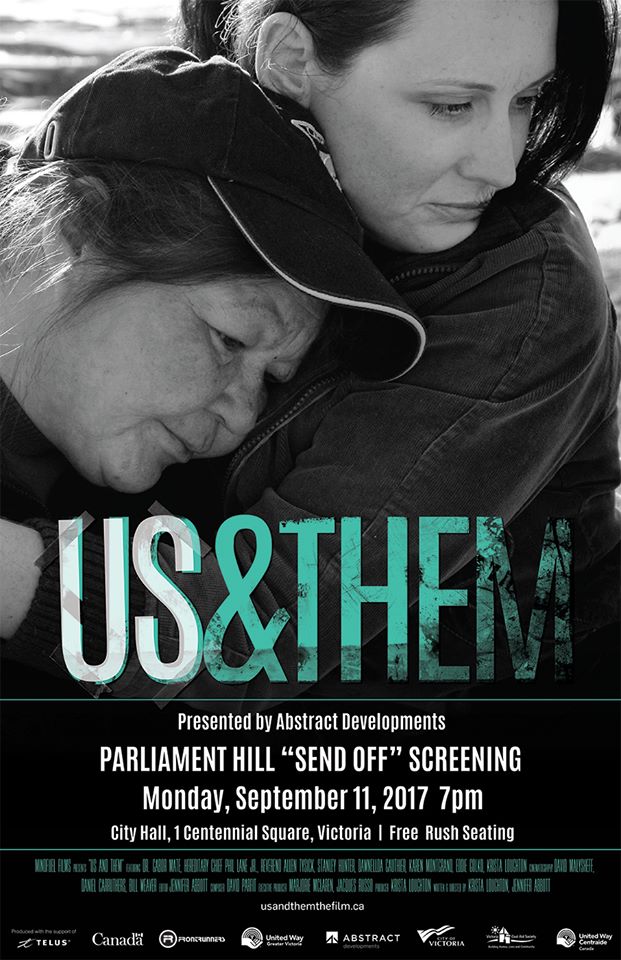