Ring in the Year of the Dog in Canada’s oldest Chinatown at the Chinese New Year celebration on Sunday, February 18 from noon – 4 p.m. by the Gate of Harmonious Interest, located on Fisgard Street at Government Street.

Parade
Starting at 1 p.m., the Lion Dancers will parade from business to business throughout Chinatown. 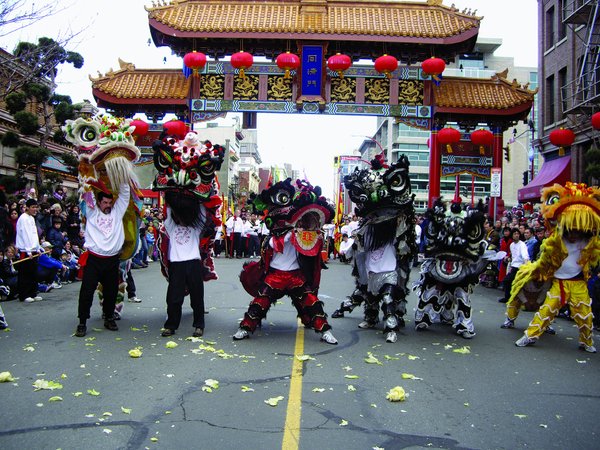 Festivities will include cultural performances and a Kung Fu demonstration.The event is hosted by the Chinese Consolidated Benevolent Association.

Did You Know
You were born in the Year of the Dog if you were born in 1934, 1946,1958, 1970, 1982, 1994, 2006, and 2018. According to Asian astrology, your year of birth and the animal this represents, set your personality traits. People born in the Year of the Dog are described as independent, sincere, communicative and loyal. The dog is a very favourable animal and its arrival symbolizes the coming of fortune.

Road Closures:
The 500 Block of Fisgard Street will be closed to vehicle traffic on Sunday, February 18 from 9 a.m. – 5 p.m. Surrounding streets will be closed and re-opened by Police as the parade goes by.