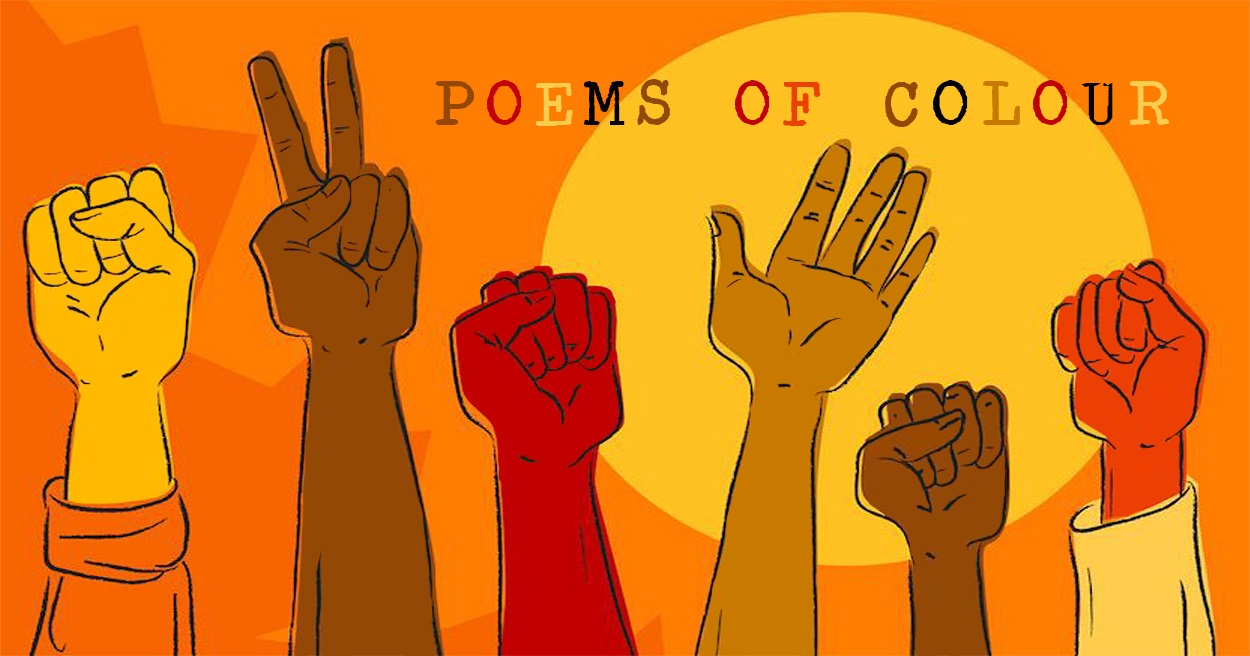 City of Victoria Youth Poet Laureate Agartu Ali invites you to attend Poems of Colour, an evening of poetry that celebrates diversity and explores the themes of race and ethnicity on Thursday, December 6 from 6 p.m. - 8 p.m. at the Art Gallery of Greater Victoria, 1040 Moss Street.

Complimentary snacks and beverages will be provided.

The event is FREE but space is limited. Please register online to guarantee a spot.

Agartu Ali is a Grade 11 student at Victoria High School. For as long as she can remember, poetry has moved her emotionally and motivated her to be an advocate for change in her community. Ali volunteers at numerous local elementary schools and community organizations and often uses poetry as a vehicle to connect with her community.

Jillian Christmas was born and raised on Six Nations, Iroquois land in Markham, Ontario. She currently lives on the unceded territories of the Squamish, Tsleil-Waututh and Musqueam people (Vancouver, BC.), where she served for six years as Artistic Director of Versəs Festival of Words. Jillian is an enthusiastic organizer and activist in the Canadian arts community, her focus being to increase anti-oppression initiatives in spoken word. She has participated in, developed and executed programs in partnership with Toronto Poetry Project, Wordplay, Brendan McLeod's Travelling Slam, University of British Columbia, Vancouver Opera, and the CULTCH Mentorship. Jillian has performed and facilitated spoken word workshops for youth and adults across the country and beyond. Jillian's forthcoming debut book of poetry will be released in Spring 2020 with Arsenal Pulp Press.

Aziza Moqia Sealey-Qaylow is a slam and spoken word poet. As the daughter of a Somali refugee and a white settler, Aziza is deeply connected to her culture and writes about the adventures of being in a mixed family. She’s an active volunteer within various parts of the community, and has traveled to various European and African countries.

Ann-Bernice Thomas is a multi-disciplinary artist, creating work in poetry, theatre, film, dance, prose, and music.They were born in London, England, but have lived in Jamaica and Ontario throughout their youth. They now reside in Victoria, BC where they are completing their undergrad in Theatre and Creative Writing. Since moving to Victoria in 2014, Ann-Bernice has been the city’s Youth Grand Slam Champion (2015), and the Youth Poet Laureate (2016). In the summer of 2017, Ann-Bernice co-created and directed an award winning Fringe Show, Monica vs. the Internet: Tales of a Social Justice Warrior and is planning to take it on tour. Ann-Bernice has also received the VACC Community Excellence Award, and Best Screen Narrative from the Sunscreen Film Festival. Ann-Bernice is now the co-artistic director of Vino Buono, an emerging, unflinchingly feminist theatre company, and will be directing a new play entitled Boys by playwright Kat Taddei, set to premier in April, 2018. Currently, they are hosting an intersectional feminist radio show on CFUV entitled Taking Up Space.​

Neko Smart is a Grade 12 student at Vic High and captain of the award-winning Vic High Slam Poetry Team. She is active in her community, including performing in Theatre Skam's summer 2018 production of Concord Floral, organizing competition fundraisers for the Vic High Slam Team, and volunteering with youth education programs. As captain and organizer of the Vic High Slam Team and as a youth activist, Neko aims to inspire others by diverging from convention and embracing her differences. In her spare time, she can be found playing guitar, singing, scribbling stanzas in notebooks, and cuddling her cats.