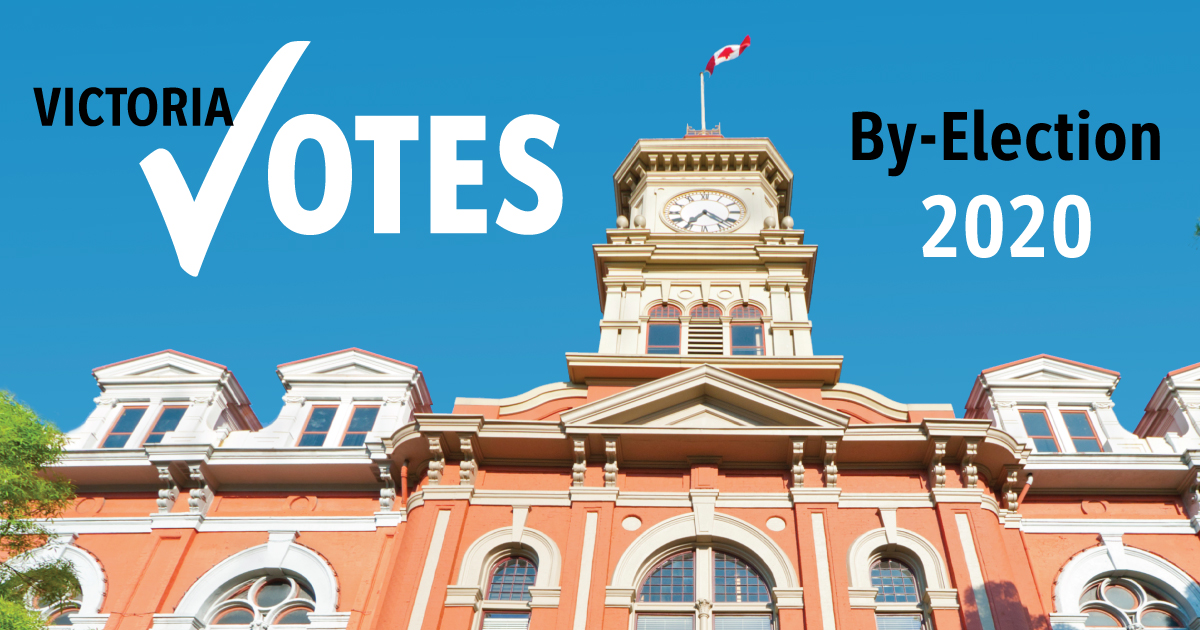 The nomination period for prospective candidates in Victoria’s 2020 By-Election opened today at 9 a.m. and will close at 4 p.m. on Friday, November 6, 2020.

Voters in Victoria will vote to elect one Councillor on General Voting Day, Saturday, December 12.

Prospective candidates can obtain a Candidate Nomination Form by contacting the Legislative Services Office at Victoria City Hall at 250.361.0571 or at elections@victoria.ca. Due to COVID-19, City Hall offices remain closed to the public.

Completed Nomination Forms can be filed during the nomination period by making an in-person appointment with Legislative Services. Forms can also be filed by email.

Only eligible candidates who have filed their papers by the close of nomination will be included on the ballot.

A by-election by voting will be declared no later than Monday, November 16, 2020 at 4 p.m. A Candidate Profile Guide will be available on the City’s website by November 17.

Originally scheduled for April 4, Victoria’s by-election was cancelled on March 18 by the Minister of Municipal Affairs and Housing to protect residents from COVID-19. On July 29, the BC Ministry of Municipal Affairs and Housing released guidelines to help local governments plan how to safely hold by-elections that were deferred due to the pandemic.