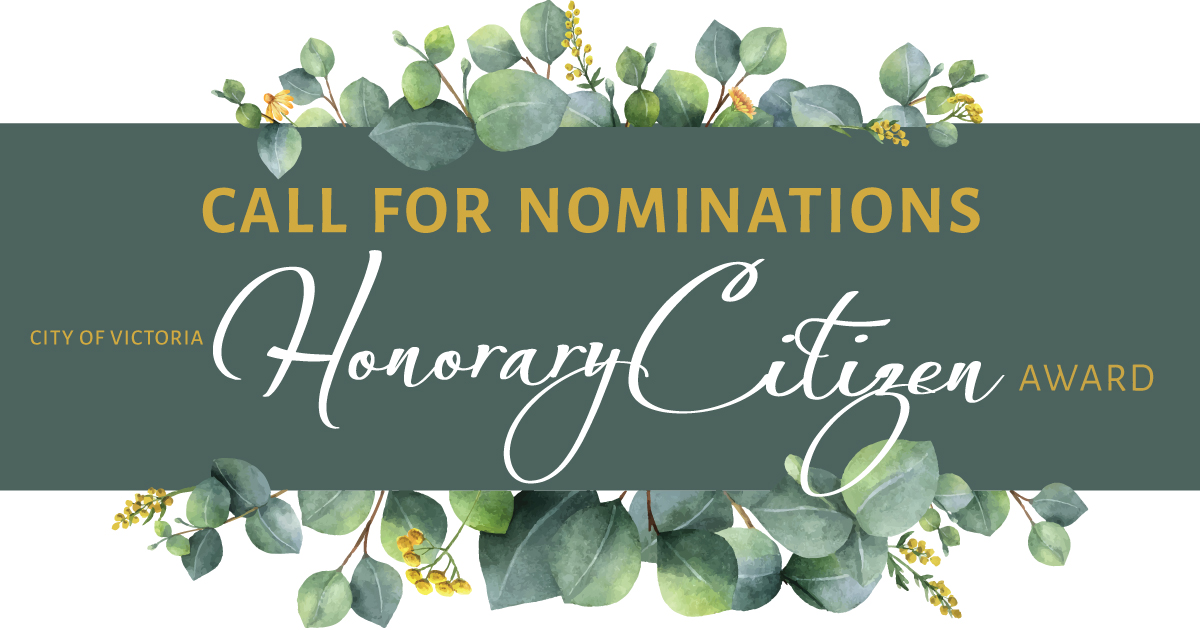 Do you know someone who makes our community a better place? Nominate them for the City of Victoria’s Honorary Citizen Award which celebrates those who have performed outstanding service for the betterment of our community and personal achievements.

Nominees must be a current or former resident of the local First Nations, the City of Victoria or the Capital Region, and must demonstrate outstanding contribution(s) in one or more of the following categories:

Nomination packages are to include a completed nomination form signed by two nominators, a statement of nomination, a digital photo of the nominee for publication purposes and two letters of support. Previous recipients are not eligible for nomination, except for recipients of the Inspirational Youth category once 10 years have elapsed.

Nomination packages can be emailed to mayorandcouncil@victoria.ca, dropped off in person or mailed to Victoria City Hall.

Nominations will be reviewed by a selection committee who will make recommendations for Council’s consideration. The committee is co-chaired by Councillor Charlayne Thornton-Joe and Councillor Ben Isitt along with eight past award recipients. Depending on the number of nominations received, there will be approximately 10 award recipients this year.

Recipients of the 2021 Honorary Citizen Award will be notified in September and acknowledged at a virtual or in-person ceremony this fall.

The Honorary Citizen Award program was established in 1970 as an official recognition of persons who had, over time, served the city meritoriously in any walk of life, often in a volunteer capacity and without recognition. The awards are presented every four years.